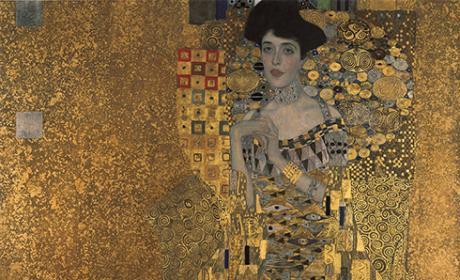 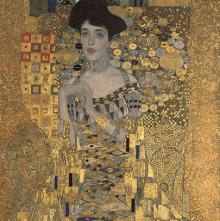 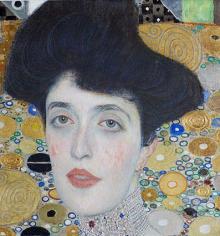 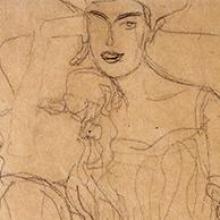 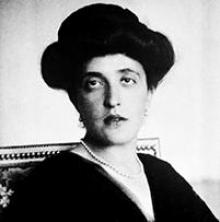 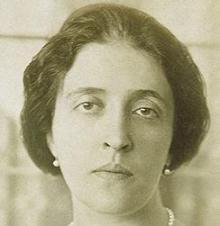 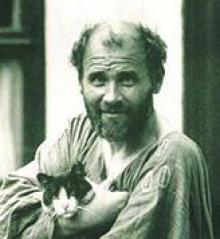 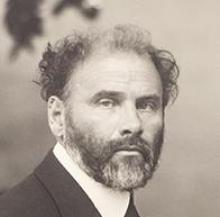 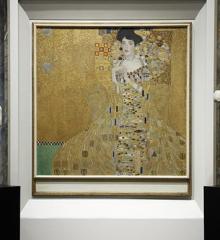 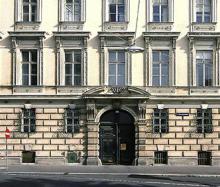 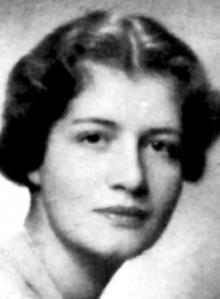 Gustav Klimt and Adele Bloch-Bauer: The Woman in Gold

On April 2, 2015, Neue Galerie New York will open "Gustav Klimt and Adele Bloch-Bauer: The Woman in Gold," an intimate exhibition devoted to the close relationship that existed between the artist and one of his key subjects and patrons. Included in the exhibition will be a display of Adele Bloch-Bauer I, paintings, related drawings, vintage photographs, decorative arts, and archival material. The show will be on view through September 7, 2015.

This exhibition coincides with the opening of the historical drama "Woman in Gold," starring Helen Mirren as Adele Bloch-Bauer's niece Maria Altmann, and Ryan Reynolds as lawyer Randol Schoenberg. The Weinstein Company is set to release the film in U.S. theaters on April 3, 2015. The film is based upon the incredible true story of how Altmann, working in collaboration with Schoenberg, successfully sued the Austrian Government for the return of five Klimt paintings seized by the Nazis from the Bloch-Bauer family townhouse in Vienna during World War II.

"Gustav Klimt and Adele Bloch-Bauer: The Woman in Gold" will be displayed on the second floor of the museum and will be comprised of approximately 50 works, including the Adele Bloch-Bauer I, paintings, related drawings, vintage photographs, decorative arts, as well as archival material. The show is organized by Janis Staggs, Associate Director of Curatorial and Publications at Neue Galerie New York. The highlight of this display will be Klimtís stunning 1907 "golden style" portrait of Adele Bloch-Bauer, as well as related sketches prepared during the four years that he worked on this iconic masterpiece. The exhibition will also feature a number of rare photographs of Klimt and material about the Bloch-Bauer family.

Adele Bloch-Bauer possesses the rare distinction as the only person Klimt ever painted twice. Following the outcry surrounding Klimt' s most controversial public commission -three faculty paintings that were to be installed in the Great Hall of Vienna University (Philosophy, Medicine, and Jurisprudence, 1900-07)- Klimt withdrew from government projects and focused his energies on private portrait commissions of society women from Vienna's cultural elite.

Ferdinand and Adele Bloch-Bauer assembled one of Vienna's most renowned art collections, which included paintings by masters of Vienna's Biedermeier period, modern sculpture, an impressive array of porcelain from the Royal Vienna Porcelain Factory, and a stellar group of works by Klimt, including the two portraits of Adele Bloch-Bauer and also landscapes. The Klimt paintings originally hung in Adele's private apartment in the couple's Vienna home.

Klimt's 1907 Portrait of Adele Bloch-Bauer I was acquired for Neue Galerie New York in 2006. At the time of the acquisition, the museum's President and co-founder, Ronald S. Lauder, stated: "With this dazzling painting, Klimt created one of his greatest works of art." During the years that Klimt labored over the commission, he spent time in Ravenna, Italy, where he visited the sixth-century Church of San Vitale. He was deeply impressed by the richly decorated Byzantine mosaics of the Empress Theodora and described them as of "unprecedented splendor." His first portrait of Adele Bloch-Bauer incorporates jewel-like areas that resemble semi-precious stones and layers of lustrous gold and silver.

A series of lectures will be held in conjunction with this special exhibition, including presentations by scholar Dr. Alessandra Comini, curator of "Egon Schiele: Portraits"; Anne-Marie O'Connor, author of The Lady in Gold: The Extraordinary Tale of Gustav Klimt's Masterpiece; and Janis Staggs, curator of "Gustav Klimt and Adele Bloch-Bauer: The Woman in Gold."

The Neue Galerie will celebrate Klimt in other parts of the museum as well. Café Sabarsky will feature its special Klimttorte during this period. The Design Shop will offer gold and silver cufflinks designed by Josef Hoffmann for Gustav Klimt, a set produced exclusively for Neue Galerie by First Edition. The Book Store will carry Anne-Marie O'Connor's The Lady in Gold and monographs on Klimt.