Neue Galerie New York is a museum devoted to early twentieth-century German and Austrian art and design, displayed on two exhibition floors. The collection features art from Vienna circa 1900, exploring the special relationship that existed between the fine arts (of Gustav Klimt, Egon Schiele, Oskar Kokoschka, Richard Gerstl, and Alfred Kubin) and the decorative arts (created at the Wiener Werkstätte by such well-known figures as Josef Hoffmann, Koloman Moser, and Dagobert Peche, and by such celebrated architects as Adolf Loos, Joseph Urban, and Otto Wagner).

Special temporary exhibitions rotate in the third floor galleries throughout the year.

Neue Galerie New York was conceived by two men who enjoyed a close friendship over a period of nearly thirty years: art dealer and museum exhibition organizer Serge Sabarsky and businessman, philanthropist, and art collector Ronald S. Lauder. Sabarsky and Lauder shared a passionate commitment to Modern German and Austrian art, and dreamed of opening a museum to showcase the finest examples of this work. After Sabarsky died in 1996, Lauder carried on the vision of creating Neue Galerie New York as a tribute to his friend.

Our museum’s name (which means “new gallery”) has its historical roots in various European institutions, artists’ associations, and commercial galleries, foremost the Neue Galerie in Vienna, founded in 1923 by Otto Kallir. All sought to capture the innovative, modern spirit they discovered and pursued at the turn of the twentieth century. Our institution thus reflects a dual commitment: an embrace of the city in which we are located and a focus on the culture upon which our exhibitions and collections are based. Two of the principal goals of the Neue Galerie New York are to bring a sense of perspective back to Germanic culture of this period, and to make the best of this work available to American and other audiences for both scholarly and aesthetic inquiry. 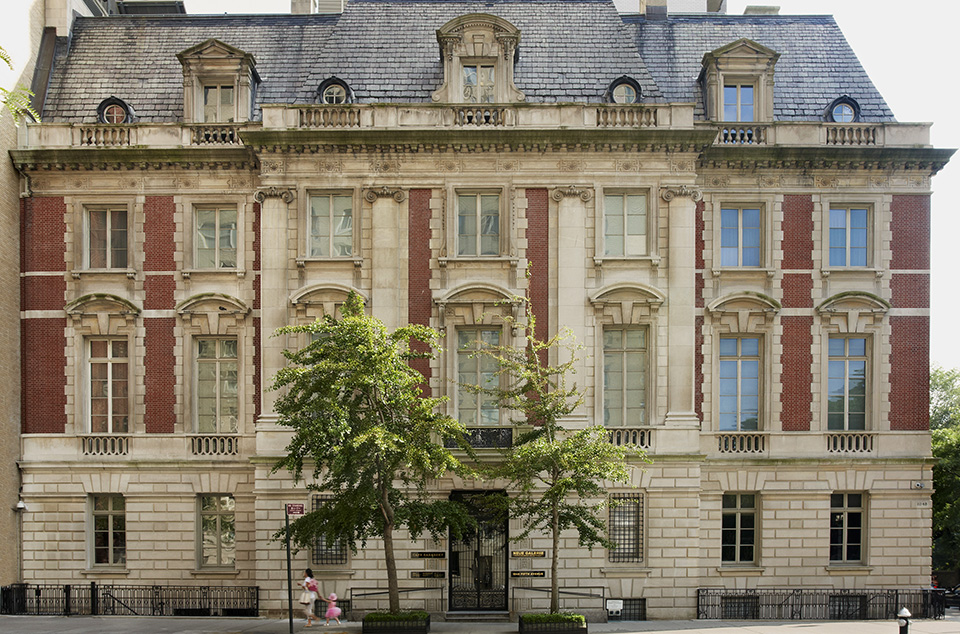 The building housing Neue Galerie New York is located at 1048 Fifth Avenue, at 86th Street, in an area known as Museum Mile. The building was completed in 1914 by Carrère & Hastings, also architects of the New York Public Library. It has been designated a landmark by the New York Landmarks Commission and is generally considered to be one of the most distinguished buildings ever erected on Fifth Avenue. Commissioned by industrialist William Starr Miller, it was later occupied by society doyenne Mrs. Cornelius Vanderbilt III and subsequently by the YIVO Institute for Jewish Research. It was purchased by Ronald S. Lauder and Serge Sabarsky in 1994.

Annabelle Selldorf is the architect for the renovation of the building. Her work for Neue Galerie New York has involved restoring 1048 Fifth Avenue to its original state, while adapting it to the most stringent museum standards with regard to the display and preservation of works of art.