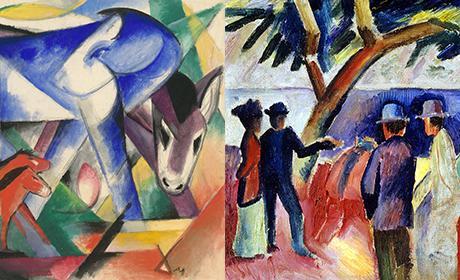 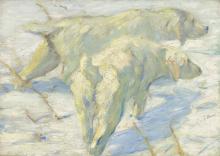 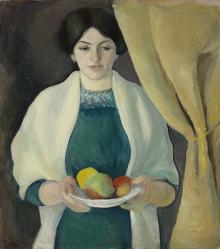 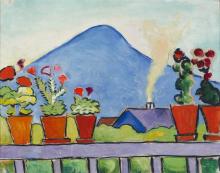 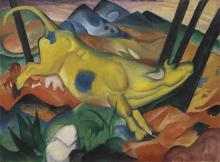 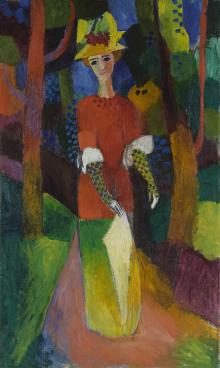 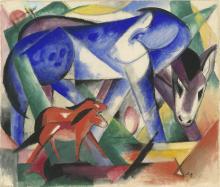 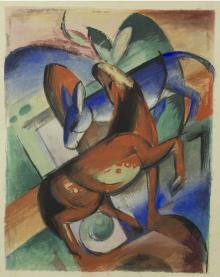 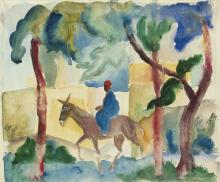 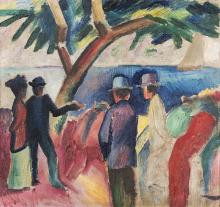 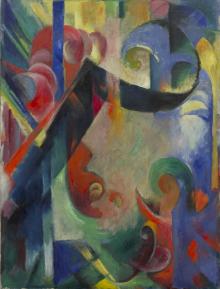 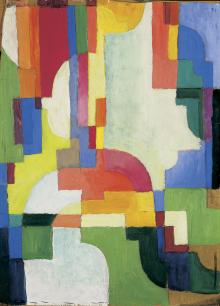 “Franz Marc and August Macke: 1909-1914” is an exhibition that explores the life and work of two German artists and the power of their friendship. In the four years prior to Macke’s death in 1914 (Marc himself died in 1916), they exchanged scores of letters, visited each other’s homes, traveled together, and often discussed the development of their work. They shared ideas about art, and through their innovations helped create the movement known as Expressionism in early twentieth-century Germany. The exhibition will focus on Marc and Macke’s artistic relationship, how their lives intersected, and how their art was developed and received during their lifetimes.

Featuring approximately 70 paintings and works on paper, “Franz Marc and August Macke” is comprised of loans from public and private collections worldwide. While Marc has received acclaim in the United States, Macke has not become well known. This presentation at Neue Galerie New York is the first time that Macke’s work will be shown in an American museum exhibition, and the first exhibition in the United States on the relationship between these artists.

"It’s hard not to leave “Franz Marc and August Macke: 1909-1914,” an alternately thrilling and dizzying exhibition on the artistic friendship of two important German painters, saddened by the tragic end of both men’s careers."

Curator Vivian Endicott Barnett brings you inside the world of “Franz Marc and August Macke: 1909–1914.”

Franz Marc (1880-1916), The First Animals/Die ersten Tiere (detail), 1913, gouache and pencil on paper. Private Collection; August Macke (1887-1914), Strollers at the Lake II/Spaziergänger am See II (detail), 1912, oil on canvas. Neue Galerie New York, This work is part of the collection of Estée Lauder and was made available through the generosity of Estée Lauder