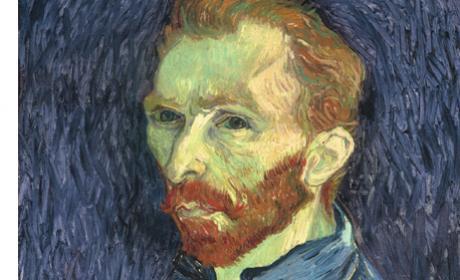 “Van Gogh and Expressionism” explores the crucial influence of Vincent van Gogh on German and Austrian Expressionism. More than 80 paintings and drawings will be on view, including a number of major canvases by Van Gogh, as well as important paintings by Gustav Klimt, Egon Schiele, Ernst Ludwig Kirchner, Otto Dix, and others. The exhibition is organized by Jill Lloyd, the well-known scholar of Expressionism.

“Van Gogh and Expressionism” is supported by an indemnity from the Federal Council on the Arts and the Humanities. “Van Gogh’s greatness goes beyond his brilliant draftsmanship and approach to color and structure,” said Ronald S. Lauder, President of the Neue Galerie. “Van Gogh is the artist who almost single-handedly brought a greater sense of emotional depth to painting. In that way, he can truly be called the father of Expressionism.”

“This exhibition sheds new light on an artist beloved around the world,” said Renée Price, Director of the Neue Galerie. “It demonstrates his profound influence on the artists at the core of our collection.”

“Van Gogh and Expressionism,” which was organized in conjunction with the Van Gogh Museum, Amsterdam, is the first exhibition to examine in detail the influence of Van Gogh’s art on the Expressionists. Nearly a decade passed after Van Gogh’s death in1890 before his paintings began to emerge from obscurity. German and Austrian Expressionist artists, who first saw his work at exhibitions in Dresden, Munich, Berlin, and Vienna, responded not only to the formal qualities of his paintings but also to the passionate intensity of his vision and the dramatic story of his life.

Artists reinterpreted Van Gogh in the light of their own concerns. For Wassily Kandinsky, he represented the way forward to abstraction, while for Oskar Kokoschka, he signified a vital figurative tradition based on the great humanist art of the past. Erich Heckel was already experimenting with broken brushwork, but he found in Van Gogh a new sense of visual drama. Emil Nolde engaged with Van Gogh at a spiritual level, seeking like his mentor to “grasp what lies at the very heart of things” and “transform nature by infusing it with one’s own mind and spirit.” The Expressionists saw Van Gogh as the trailblazer of modern art.