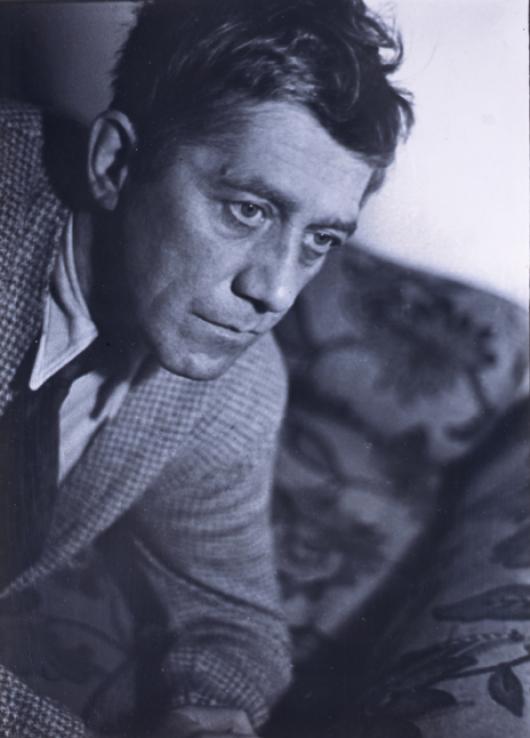 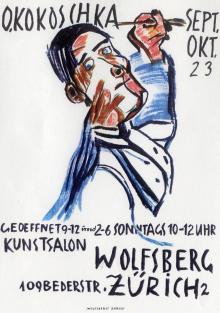 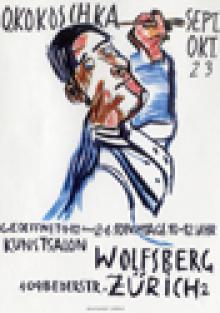 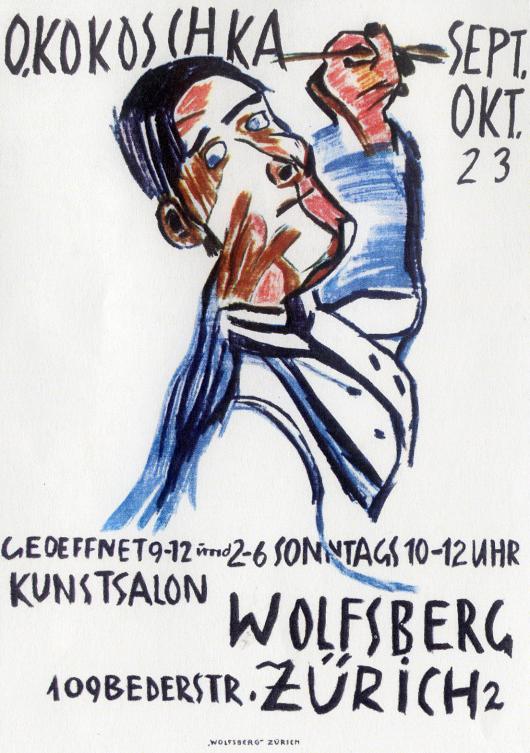 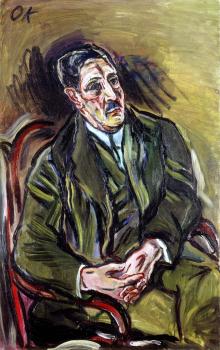 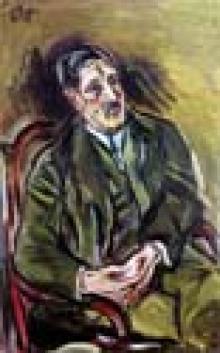 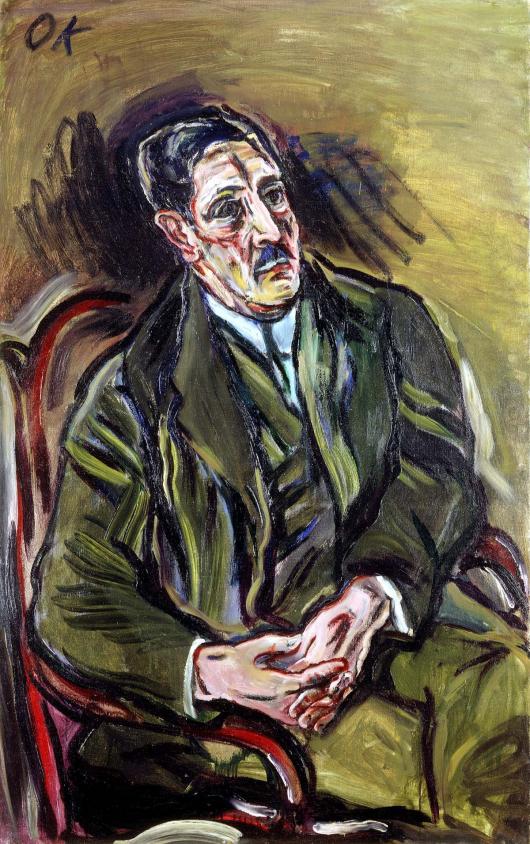 Oskar Kokoschka was a leading figure of the Austrian Expressionist movement. He was not only a distinguished painter but also designed graphics works such as postcards, posters, and books, and was active as a poet and playwright. With the help of a government scholarship, Kokoschka was able to attend the Kunstgewerbeschule (School of Applied Arts), where he took classes with Carl Otto Czeschka, Anton von Kenner, Bertold Löffler, and others between 1904 and 1909. Kokoschka later returned to the Kunstgewerbeschule as an assistant teacher to Anton von Kenner for two semesters in 1912-13.

Kokoschka contributed designs to the Wiener Werkstätte from 1907 to 1909 in a wide range of media, including postcards, broadsheets, painted fans, and books. During his period of association with the Wiener Werkstätte, he worked in an Expressionist style. His work was marked by an emphatic use of color and boldly monogrammed with his initials, "OK."

Kokoschka was also a contributor to the Cabaret Fledermaus, both as a designer and author. His fairy-tale play, Das getupfte Ei (The Speckled Egg), was performed in October 1907 during the first week the cabaret was open. A second play, Eine Groteske, was performed there in March 1909. His 1907 book, Die traumenden Knaben (The Dreaming Youths), was published in conjunction with the 1908 Kunstschau Wien (Art Show Vienna), his debut exhibition. Critic Ludwig Hevesi dubbed him an Oberwildung, or "super savage," yet despite the criticism, his works sold extremely well. His inclusion at the Internationale Kunstschau Wien (International Art Show Vienna) of 1909 attracted the attention of architect Adolf Loos, who convinced Kokoschka to end his association with the Wiener Werkstätte and the field of deocrative arts and devote his energies to painting. His early portraits, created from 1909 to 1914, epitomize the pinnacle of the Austrian Expressionist movement. In his 1971 autobiography, Kokoschka wrote about this period of his career, "I tried to intuit from the face, from its play of expressions and from gestures, the truth about a particular person, and to recreate in my own pictorial language the distillation of a human being that would survive in my memory."

The artist's tumultuous romantic relationship with Alma Mahler, widow of Gustav Mahler, which lasted from 1912 to 1915, had a profound impact on him and his work. Kokoschka was called up for service in World War I in 1915. After the invervention of Loos, he was assigned to the Fifteenth Dragoon cavalry regiment. Seriously wounded in 1915, he spent much of the remainder of the war recuperating. In 1919, he was appointed professor at the Sachsische Kunstakademie (Saxon Art Academy), where he remained until 1923. He traveled intermittently for the next decade. Kokoschka returned to Vienna in the summer of 1933, but moved to Prague the following year. In Prague he met Olda Palkovská; the couple married in 1941. He remained in Prague until 1938, immigrated to London with Olda to flee the Nazis (his work was included in the Entartete Kunst, or Degenerate Art, exhibition). In 1953, the Kokoschkas moved to Switzerland. Kokoschka died in Montreux in 1980.