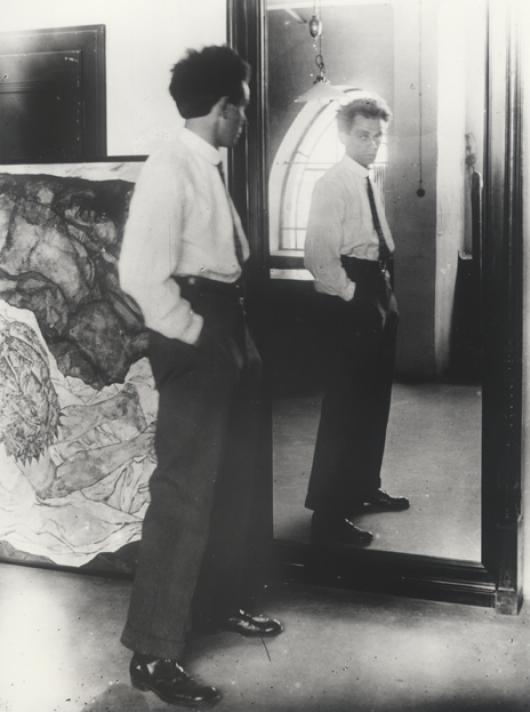 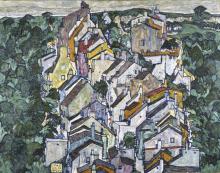 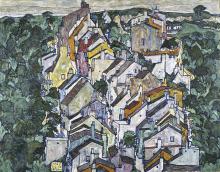 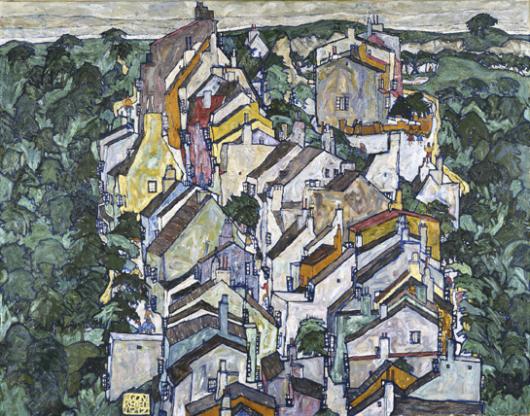 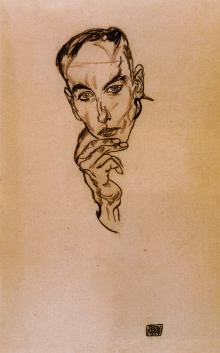 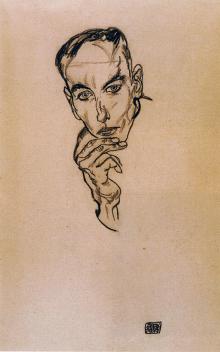 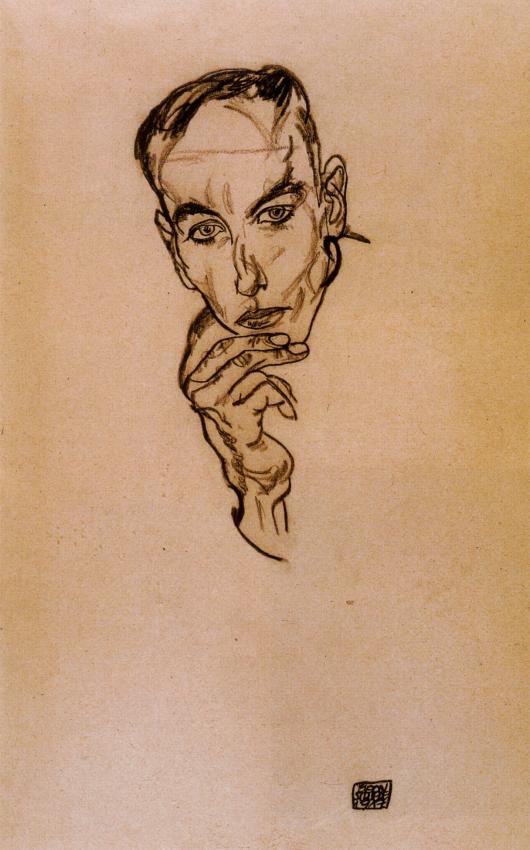 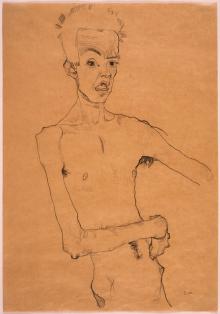 Heinrich Benesch, most likely acquired from the artist
Otto Benesch, by 1948, by descent 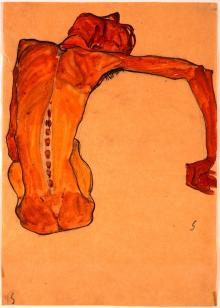 Egon Schiele was the third child born to Adolf and Marie Schiele in June 1890. Egon grew up alongside two sisters: Melanie and Gertrude (Gerti). Gerti was a frequent model for Schiele and she married his close friend, the painter Anton Peschka in 1914. Schiele’s father died when he was fourteen years old. Leopold Czihaczek, his uncle and godfather, was appointed his legal guardian.

In the autumn of 1906, Schiele enrolled at Vienna’s Akademie der bildenden Künste (Academy of Fine Arts) under Professor Christian Griepenkerl. Schiele met Gustav Klimt in 1907 and Klimt became an important supporter and mentor to Schiele. In 1908, Schiele took part in his first public exhibition, a group show held at Klosterneuburg. The following year, he and some other students from the Academy left in a dispute over its conservative teaching methods to found the Neuekunstgruppe (New Art Group). Schiele participated in the Internationale Kunstschau Wien 1909(International Art Exhibition Vienna 1909). In 1909 Schiele began to develop his own distinct Expressionist tendency and would abandon the decorative style associated with the Jugendstil by the end of the year. The Neuekunstgruppe had its first exhibition at the Kunstsalon Pisko in December 1909. Through this Schiele met the critic and writer Arthur Roessler, who introduced him to important collectors including Carl Reininghaus and Dr. Oskar Reichel.

In 1910, the Wiener Werkstätte (Vienna Workshops) published three postcards designed by Schiele. The first monograph on Schiele’s work was published in 1911 and he had his first solo exhibition at Vienna’s Galerie Miethke. Schiele and his model Valerie (Wally) Neuzil moved to Krumau in 1911, his mother’s hometown together, although they lived separately. Krumau was an important theme in his work for many years. Although productive in Krumau, the townspeople objected to Schiele’s lifestyle and the fact that children visited the studio and posed for the artist in the nude. In August, Schiele moved to Neulengbach.

In 1912, Schiele exhibited work in various exhibitions but his most important contact that year was with the Munich art dealer Hans Goltz. At the Goltz gallery, Schiele displayed work alongside members of the Der Blaue Reiter (The Blue Rider). During a trip to Munich, Schiele studied the work of contemporary artists, opening him to innovative trends such as Cubism.

Despite the outbreak of war, Schiele continued to exhibit widely throughout Europe in 1914, sending work to Rome, Brussels, and Paris. Also in 1914, the photographer Anton Joseph Trčka took a series of photographs of the artist, some of which Schiele personalized. At the end of the year, he was honored with a major exhibition in Vienna at the Galerie Guido Arnot.

In 1915, Schiele broke off ties with Wally. Just days after his twenty-fifth birthday in June 1915, he married Edith Harms, daughter of a railway employee. Four days after his marriage, Schiele was drafted into the army. He spent most of his service in and around Vienna, employed in office work and escorting Russian prisoners-of-war. In 1916, Schiele was given a space he could use as a studio and allowed to pursue his artistic interests. Despite the ongoing war, Schiele was able to participate in exhibitions in Amsterdam, Stockholm, and Copenhagen.

At the 49th exhibition of the Vienna Secession held in March 1918, the main room was devoted to Schiele’s work. It was a popular and commercial success. Edith, who was expecting their first child, died on October 28, 1918 from Spanish influenza. Schiele died three days later, also of influenza. He was only twenty-eight years old but had played a critical role on the development of Austrian Expressionism. His candid portrayal of the human figure, with hidden desires exposed, unleashed the floodgates of what was acceptable to create and collect in his wake. His insistence that “even the erotic work of art is sacred!” may be his most potent legacy.