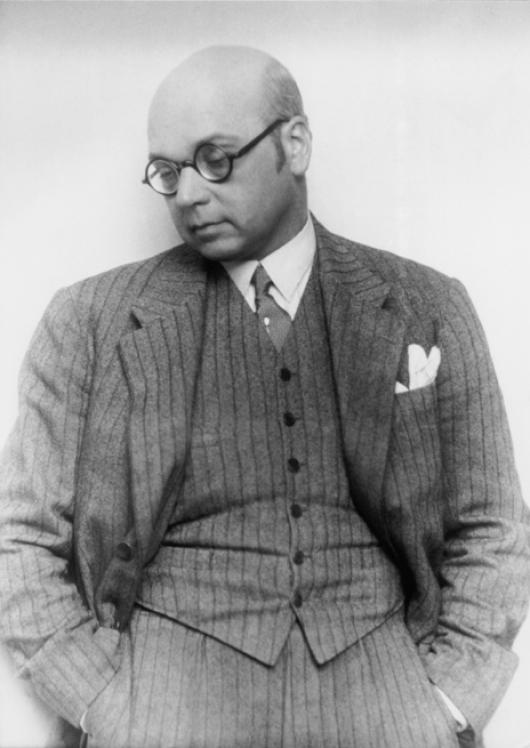 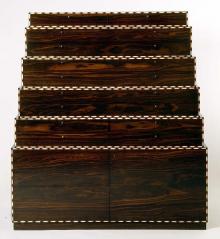 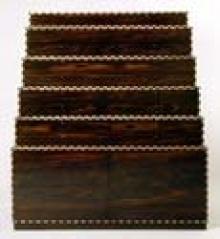 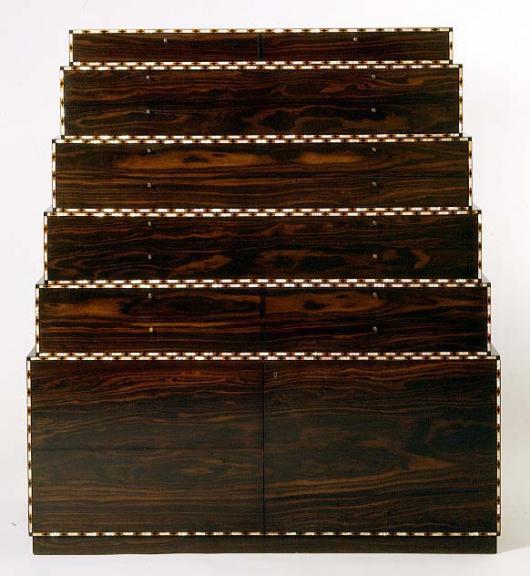 Eduard Josef Wimmer-Wisgrill was born in Vienna on April 2, 1882. He was a versatile artist who worked in various avenues, including fashion, decorative arts, theatre, and interior design. He was also a professor at several institutions throughout his long career. Wimmer-Wisgrill first attended the Handelsakademie (Commercial Academy), then the Kunstgewerbeschule (School of Applied Arts), where he studied under Josef Hoffmann, Koloman Moser, and Alfred Roller from 1901 to 1907. Wimmer joined the Wiener Werkstätte in 1907 and served as first artistic director of the fashion department from 1910 to 1922. For the Wiener Werkstätte, Wimmer was active in almost every area of design, but his strength was in the area of fashion; he was once described as the "Poiret of Vienna." He contributed designs for furniture, metalwork, jewelry, fashion and accessories, textiles, leather, and bookbinding, and was a contributor to Mode Wien 1914/15. His work as a postcard designer appears to coincide with the Wiener Werkstätte fashion exhibition, which took place at the Hohenzollern Kunstgewerbehaus in Berlin in 1912. Wimmer designed ten fashion postcards for the Wiener Werkstätte.

In 1906, Wimmer began working in theatre design. This work expanded with his appointment in 1907 as set and costume designer for the Cabaret Fledermaus. He also designed a theatrical production for the cabaret entitled Maskenspiele. A number of his designs related to this production survive, but the event was never staged. In 1908, Wimmer designed costumes for performances at the 1908 Kunstschau (Art Show).

Along with his career as a designer, Wimmer taught for many years. He was assistant professor from 1912 to 1913 at the Kunstgewerbeschule, where he worked under Koloman Moser. In 1918 he was appointed full professor at the school and headed the fashion department until 1921. In 1922 he left Vienna, initially spending time in Paris before heading to the United States. There he visited architect and designer Joseph Urban and the New York branch of the Wiener Werkstätte. Wimmer remained in New York for almost a year, working as a fashion, costume, and textile designer. In 1923 Wimmer taught briefly in Chicago at the Art Institute. He returned to Vienna in 1924 and in 1925 began teaching again at the Kunstgewerbeschule, heading the fashion and textile department. He taught until 1953 and officially retired in 1955. Wimmer devoted the remaining years of his life to painting, favoring landscapes and floral subjects. He died in Vienna on December 1961.